Overview : i feud any data.

“I was running out of time. This was the fastest way to convince you,” Elliot tells a devastated Olivia through a cracked voice. The sad thing is that it’s true. Elliot and Darlene needed Olivia’s boss’ login credentials to transfer the Cyprus National Bank money. The Deus Group meeting has been set for that evening. Unfortunately, the only way to get to Olivia’s boss is through Olivia, which means crossing a terrible line.

The mostly unspoken irony is that Elliot has crossed that line before many times, just not so directly. The Five/Nine hack, fsociety’s revolutionary terrorism, and the Stage 2 bombings alone ruined the lives of many. Elliot’s influence has led to the deaths of many of his associates and partners. In other words, he has had blood on his hands, but he’s rarely had to look his collateral damage in the eye, especially not someone whose only real crime is working for the wrong company at the wrong time.

Elliot does his best to convince Olivia to willfully call her boss so he can hack his login, but he knows that she’s going to feel betrayed and kick him out. So he’s forced to tell her the truth: The peppermint mocha he brought her, the Christmas in a cup, has been spiked with Oxycontin. If she tested positive on a drug test, she would lose custody of her son. On top of that, Elliot has broken the sobriety of a very shaky addict, the type of person who could genuinely disintegrate if drugs reentered their system.

Elliot’s confrontation with Olivia works almost entirely because of Rami Malek and Dominik Garcia’s performances. Their shared off-kilter chemistry in “Forbidden” was a season highlight, especially when they opened up about their pasts with honest vulnerability. You get the sense that if the timing was different or if Elliot just wasn’t caught up in a global conspiracy, those two could have possibly made it work. This makes Elliot’s betrayal all the more upsetting. Malek, projecting self-loathing and embarrassment, struggles to get through his blackmail instruction without choking up. Meanwhile, Garcia’s face crumbles as more and more information floods Olivia’s brain, all while her anger slowly rises. It’s messy and cruel, more so because Olivia has no compunction twisting the knife in Elliot’s stomach. She has no problem telling him what kind of person he really is.

Dom has also been put in a similar position as Elliot when she catches up with Darlene. Since Dom can track Elliot’s location with Darlene’s phone, Janice instructs Dom to kill her or else her family will be slaughtered. Darlene begs for her life, convincing her that the bond they shared together wasn’t meaningless. Dom can’t do it and eventually succumbs to begging Darlene to kill her just so she can escape the Dark Army’s influence. Mr. Robot has put Grace Gummer through the ringer this season, and while she has played the part of a control freak-turned-blackmailed servant quite well, the writing has been a little one-note despairing, which inevitably constrains the performance and the storytelling. The Dom-Darlene scenes are certainly upsetting, but they feel the most indistinct, which is a shame considering that Gummer and Chaikin haven’t shared scenes together in over 18 months. Their reunion should have had more weight to it, but it felt like going through the motions to get to when Janice and the Dark Army finally catches up with the two of them. 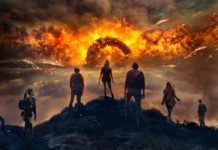 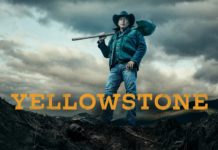 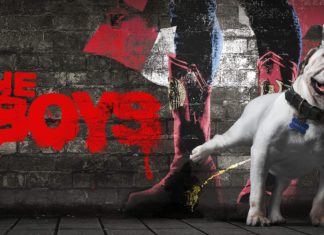 KUWTK: Keeping Up with the Kardashians Season 19 Episode 1