Overview : Follow the passionate, volatile and hot-and-bothered-staff at Lisa Vanderpumps West Hollywood mainstay SUR. Lisa balances her motherly instincts and shrewd business sense to keep control over this wild group of employees as they pursue their dreams and each other while working at her Sexy, Unique Restaurant.

Raise Your Glasses High Because Vanderpump Rules Season 8 is Here and We’ve Got All the Juicy Details
aise your glasses high, because Vanderpump Rules is back, and so are Lisa Vanderpump, her SUR staff and all their romantic entanglements. And season 8 promises to be more intense than any other season. Because these are the best days of our lives.

This one’s for you tonight.

When does the new season of Vanderpump Rules premiere?
Bravo promises this will be the “most intense season ever.” It will premiere Tuesday, January 7, at 9 p.m. ET on Bravo.

What will happen in Vanderpump Rules season 8 and are there any spoilers?
Well, most of the cast members have new, identical houses.

“A lot of really strong dynamics of how things change and how they’ve grown up. You see them advancing,” Lisa, who serves as executive producer of the show, told Us Weekly. “One step forward, two steps back. It’s a great season, as always it’s gonna be a long season because there’s a lot of content and complicated dynamics.”

Season 8 finds Lisa working at a fevered pitch, after the successful debut of TomTom, her new restaurant with partners Tom Sandoval and Tom Schwartz. She will be working with a new group of SURvers, because many of her longtime employees have left SUR for other endeavors.

Many friendships are put to the test in the new season. Tom Sandoval agrees to be Jax’s best man and he plans a joint bachelor-bachelorette trip to Miami, but Jax pushes their friendship to the limits, asking a bit too much of Tom (who we all know requires an extreme amount of attention on his own).

Stassi is now a bestselling author, and her relationship with Beau is moving forward. The one thing that isn’t working for her is her friendship with Kristen Doute. She and Katie Maloney-Schwartz feel Kristen is lying to them about her relationship with her on-again off-again boyfriend Carter. Is this the end the Witches of WeHo?

A major scandal has Ariana questioning her friendships.

James continues partying and stirring up trouble, but his girlfriend Raquel Leviss issues him an ultimatum that “forces James to confront his demons or risk losing it all,” according to Bravo.

Lala is focusing on her sobriety, music career and an elaborate home renovation before she moves in with the her fiancé. James comes to her for help, and she has to decide whether or not to let him back in.

Scheana is still at SUR, and has eyes for SUR’s hottest new servers, Brett Caprioni and Charli Burnett. “But when new waitress Dayna Kathan hooks up with TomTom’s general manager Max Boyens–who also happens to be Scheana’s ex-love interest–Scheana quickly adds her to her hit list,” according to Bravo.

Will we see Jax and Brittany’s wedding in season 8?
It seems so! “After watching Brittany and Jax get engaged and celebrate with a huge party, viewers will finally see these two get married on the show,” Oprah Magazine reports. The couple got married at the Kentucky Castle in her home state June 29, and the planning will be a highlight of the new season. Lance Bass officiated the extremely romantic ceremony. With the exception of Raquel and James, the entire cast supported the couple for the momentous occasion. Among the other celebrity guests were Summer House alums Stephen McGee and Lauren Wirkus, and Southern Charm‘s Shep Rose. 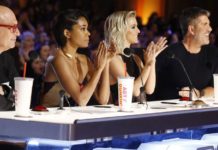 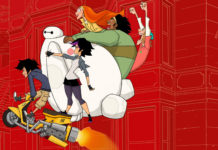 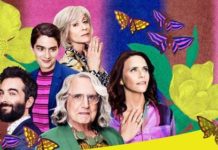 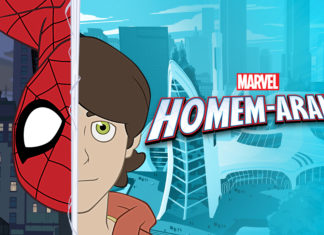